Art Politics, the Politics in Art that created a great movement!

Some don't want to know about Art Politics, or politics in general, but like me, there are some that have some interest on the why and how things came to be.

I'll explain a little more below.  But let me say this, this past election year has excited this nation like no other.  At no other time has the stakes been so high, and certain values been so important to uphold. 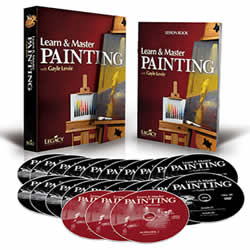 Irregardless of which side of the fence you set on, being involved and knowledgeable about the past and the present will protect your future!  Educate yourself and your children for their sake, because, we must learn from the past in order to plan for our future, and enjoy the present!

Now for a bit of a discussion about Art Politics, and how it has shaped our nation!

There are many today that believe the modern art movement in America came from the Communist Infiltration during the cold war.  With the invention of the genre by a Russian Artist who, during the political upheaval that took down the Czar, and ushered in the communist control of Russia, witnessed first hand the atrocities of war that changed his life forever.

As communism spread, they believed that to bring down America, it would be a multi-pronged attack that would include discounting the value of traditional American life.  By infiltrating and attempting to destroy a core value (traditional art) they would liberate Americans way of thinking.

Huge amounts of money were poured into Galleries of New York City in order to purchase the abstract art of that time.  This pulled artists away from the traditional training programs, and into the follow-your-emotions genre.

One of our greatest Modern Artists, Picasso, was a devout Communist.  Whether this came before his switch from traditional to abstract, I don’t know.  It would be an interesting point for someone to pass on to me.  Dali was also communist from what I understand.

Growing up myself, in the cold war, liberalism became the banner that many in The Arts, and Academia would carry high.  Please don’t get me wrong.  There are some things in which I hold a very liberal point of view, and there are others that I feel I am more conservative.

Being an old guy, (at least by what my kids say) I am very much in support of free thinking and the discovery of new things.  But having experienced much in life, there are things simply not worth giving up and setting aside, or changing (and in that I feel I’m a conservative by nature).

My style of art, though not taught in schools any longer, I believe is worth holding on to.  It is a technique that does follow a set of rules, that, like any craft, can be taught and taught well.

And in this, a person that believes they have just a little talent, but much more the passion for all things beautiful, can succeed in this endeavor and make their travels in life more enjoyable.

Hopefully I've not offended anyone with some of my views on Art Politics.  I've tried to represent facts and not too much of my own spin within this commentary.