Still Life Symbolism, or symbols in still life, what do they mean?

What do we mean by still life symbolism?  Simply the use of objects within a still life painting that have a special meaning behind it’s use other then a simple compositional element.

This creates a deeper meaning in a work besides being a pretty picture!

The still life painting has allowed artists the ability to send these extra messages and have been used for many years, though lost (the meanings) to most art lovers today, there is a long history behind it. 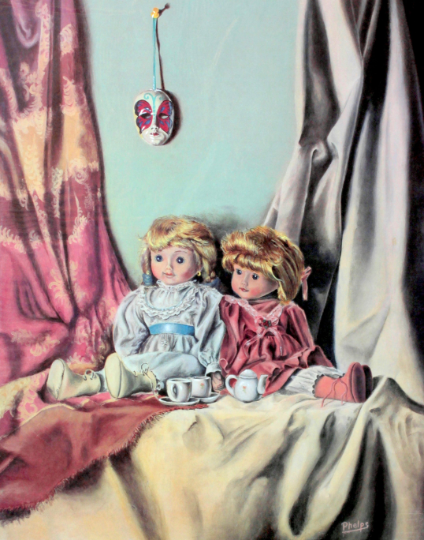 Allegorical (yes, I had to look that one up) representations of the brevity of life, decay and finally death has been a popular theme, called Vanitas (explained below).

So that you know, Allegory is a way of communicating a message via symbols, and symbolic figures.

And some symbols were used at a much higher frequency then others, so I’ll talk a little more about these particular symbols as we advance through the article.

What are your thoughts on the symbols in this painting?  Let me know in the comments section below!

Still Life Symbolism - From the start beginning symbols within the still life told a secret message. 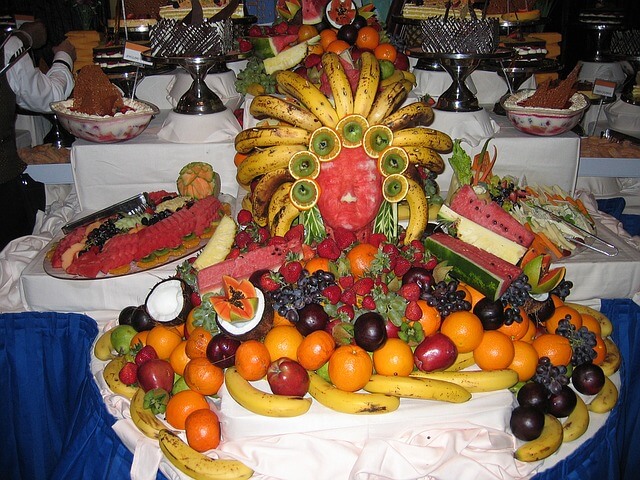 When still life painting began, it started with flowers (and each type of flower had it's own meaning), or kitchen items laid out on a table.  They weren’t called still life, but rather, Fruit or Flower pieces. Then breakfast pieces, then banquet pieces.

Paintings of elaborate banquets usually refer to the culture of sumptuous luxury, but in modern, contemporary circles, it can refer to the gluttony of modern times.

These elaborate compositions express a sense of self-satisfied complacency, while at the same time give symbolic warnings that over indulgence has it’s own set of issues.

After the ostentatious banquet pieces became popular, we moved into Vanitas. 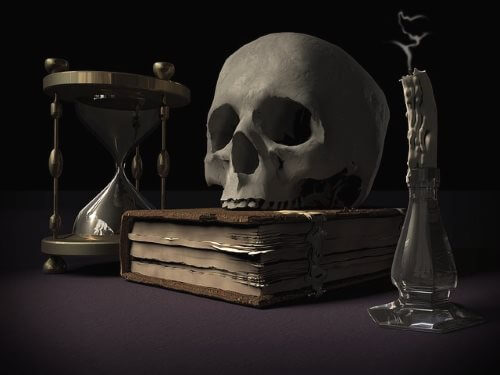 Vanitas (Latin for vanity).  These are paintings with still life symbolism around a central theme with a moral message.  They remind the viewer of death, the fragility of human life, and the brevity of our existence.   The artist would use items like a skull, timepiece, snuffed out candle to represent the passage of time.  Books, musical instruments (very expensive items during the time period) are there to warn of the futility of worldy pursuits.

Religious symbols were and still are a very popular theme.

Themes in Still Life Symbolism that were popular then, and now.

Other popular themes that artists in the past concentrated on were paintings that depicted harvested foods, the fruits of human agriculture and labor, human-kinds ingenuity and perseverance. 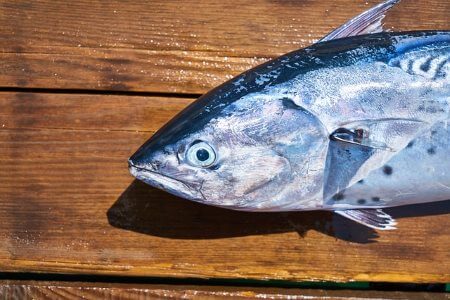 Harvests from the sea were also used, especially the Flemish Masters due to their close proximity to the sea and the diverse commerce of the time.  Fish weren’t just for the dinner table!

Now usually, when fresh food is used, the still life symbolism signifies abundance, riches, and the bounty of the upper class.  When the food was depicted as decaying, it serves to show us our own mortality and eventual death.

Because the Christian Church was a strong influence upon the artists (some would say controlling) of the day, a great many allegorical references where used to show the battle between good and evil in paintings through still life symbolism.

So lets get down to the actual symbols.  These are just some of the major symbols, as there are hundreds that can be found.  Your local library will have a number of reference books dedicated to still life symbolism.  When you do your search, look for “objects” rather than symbols, because you are looking for the allegoric meaning of an object for your still life painting.

The actual meanings of objects within still life: 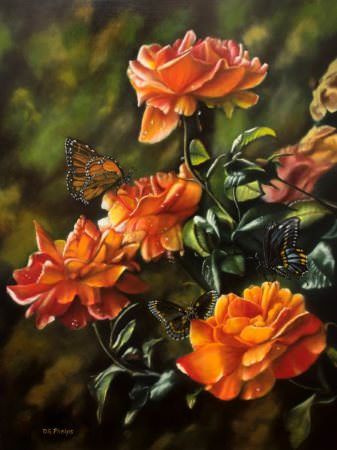 In religious symbols, the butterfly is representative of the soul.  It also represents the resurrection of Christ. 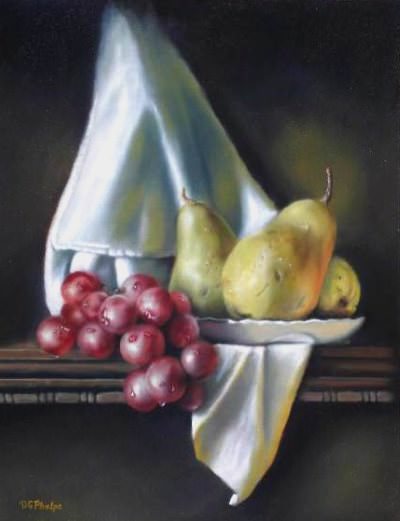 Other items within a painting such as a shroud like white cloth arranged in a triangular shape signify Christ’s life, death and resurrection. The triangle, in the form of the pyramid with its point upwards, is a sign of the Holy Spirit or the Trinity all through Christian still life symbolism.

Flip the triangle,(an inverted triangle) and it means an entirely different thing.  The downward pointing triangle is a very ancient symbol of femininity, being representative of female anatomy and the womb.  It also symbolizes earth with its feminine qualities (mother earth).

So the next time you look at a painting with a martini glass positioned just right, think about whether the artist used the inverted triangle shaped glass as a refreshing drink after work, or was he eluding to something more ;)

So, are you new to oil painting?  Check out these 31 tips designed just for beginners right from my studio's.  Tips that will help you paint better, paint faster, and preserve your health! 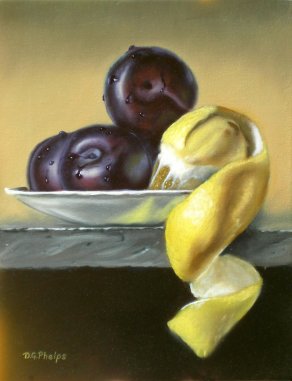 Lemons (in earlier times) was a very expensive food item, and a popular item used, especially peeled with its attractive play of lights on translucent flesh, yet they are so sour and bitter, and in this symbolizes the deceptive allure or attraction of earthly beauty. 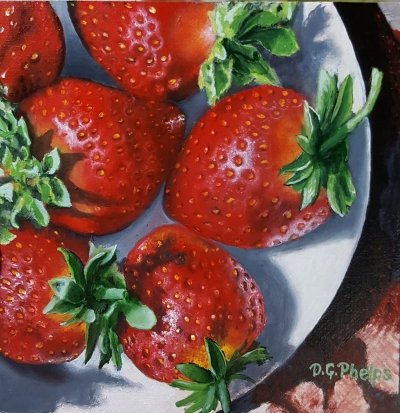 Artichokes, asparagus and strawberries were, for their part, symbolic of the fruits of Paradise or Heaven.

Flowers have long been included as a still life subject.  Different flowers hold different meanings.  They can symbolize innocence, the four seasons, or religious symbols.  The rose for instance, stands for love, the lily for purity, and the sunflower for devotion. 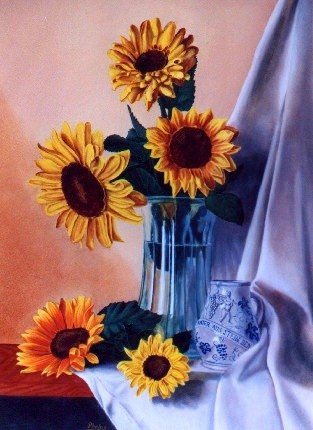 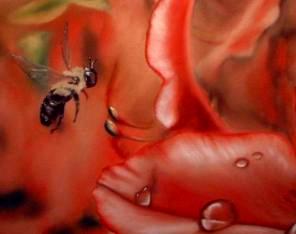 Bee within a flower painting

The bee, as well as the butterfly, are symbols of hope, and because they are rather delicate, are a reminder to the fragility of life. 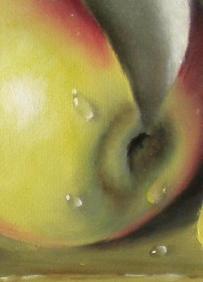 The apple:  Another big one in that there are many meanings.  It can signify love, knowledge, wisdom, joy, and death.  In religious works it usually means temptation, and original sin.
The apple is also associated with a woman’s anatomy, breasts in particular, and then the core of the halved apple representing her sexuality or reproductive parts. 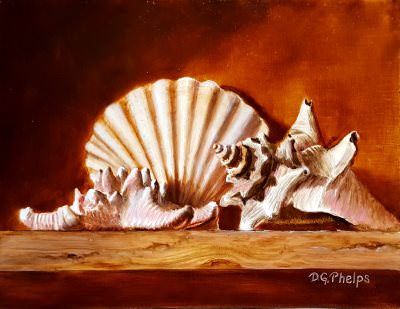 Shells, in a religious work, represent pilgrimages, or saints.  The clam symbolize the Virgin Mary.  In contemporary works, they symbolize sensuality and the pleasures of the flesh.

Birds, or a pair of birds represent the resurrection of the soul after death.

The mouse, being a very fertile animal, became a symbol of lechery and destruction.

The peach symbolizes truth and salvation, and is used as a replacement to the maligned apple

Feathers symbolize the virtues of hope, faith, and charity (in religious works), and they represent freedom (by enabling flight) and the heavens.

Skulls or bones, when in the painting, symbolize mortality.  The skull also represent inner contemplation, and eternity.

Books: learning or of transmitting knowledge.

The Lute (a really old version of a guitar) with broken strings:  Death or discord.

The candle, it’s a big one and has lots of meanings.  It can indicate the passing of time, faith in God (when its burning).  When extinguished, it means death, or the loss of virginity, and the corruption of matter.
It can symbolize light in the darkness of a lonely individual, or the light of Christ, purification or cleansing.

The clock: the passing of time.

Mirror: stands for truth or vanity.  By showing an image of a subject that reflect what others see.  This self awareness allows fruitful introspection and the viewers attempt to find the truth, or lead to simple vanity.


The sword also a common item in earlier works, but not used much in contemporary art.  It symbolizes power, protection, authority, strength, courage.  It is phallic, (with the sheath representing the female reproductive parts) and many paintings with soldiers, swords and women in the painting had the sexual overtones within their meaning.

Artists during the renaissance era also used things like monkeys, parrots and other birds, and cats.  The parrot, the birds, and the cat – like the monkey – personify specifically human failings.  The monkey represents chaos.  They also symbolize man entrapped by earthly and sensual desires.  When the monkey is depicted holding an apple, it represented the fall of man.

The Cat:  usually meant illicit love.  Medieval times the cat represented lust and prostitutes (now you know where the term “cat house” comes from).  But in later paintings, it is included to help provide a peaceful and enjoyable companion with which they are depicted.  For centuries cats are considered mysterious, beautiful, and exotic.

That about wraps it up for the main objects, things and animals depicted in still life painting down through the ages that are central to still life symbolism, and hidden extra meanings.  Another source for a few more ideas can be located here at :

Before you start your next still life, think a little about if there is a meaning or a message you would like to convey in the work.  Something that goes beyond being just a pretty picture of some fruit or objects laying around the house.  Create an allegory worthy of the classical painting era of years gone by!

Look no further, my workshop manual will show you step by step realistic oil painting!

I would love to hear your comments below!  Am always looking for new objects with special meanings to add to a painting.  Now to answer that question posted earlier in the article.  The two dolls (at least for me) represent innocence and the joy as parents watching our daughters enjoying a tea party.